Here you can find all the episodes, fangames, starter packs, etc. that are not only available in German but have also been translated into other languages!

Britney uses to play dirty tricks on his brother Bernard, but the last thing she did was the straw that broke the camel's back! "Enough is enough", thinks Bernard to himself, and plans a terrible revenge.

Late in the night, Bernard is waked up by strange noises. On the next morning, he collects all his courage to enter into the place were the noises came from.

Every school have guys like Klaus. They are ugly, violent and putrid, take meal money from younger students and obliges their pals to made homework for them by threat. It works perfectly for Klaus, until he does the mistake to mess with Bernard Bernoulli.

Bernards gets a call from Alfred Ravenberg, the major of Ronville. He asks Bernard to do an investigation into the Fox Cave. Due to a radioactive threat on that zone, the municipality wants to give te case to its best scientist: Bernard Bernoulli. 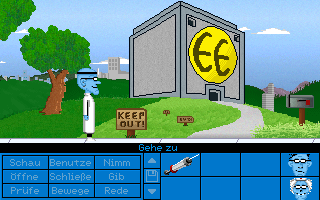 As Fred and Edna come back after a journey, they have to notice that their house is on sale at Stan's. To buy it back they need one million dollars.
Fortunately, Fred's uncle Edenezer is that rich he wouldn't mind lending them the money. Or isn't it?

- 3 playable characters with individual properties
- a huge and completely new location
- countless references to Maniac Mansion, other episodes, other games, movies, series, music and much more.

Episode 94: Maniac on the Mississippi

A recreational cruise on the Mississippi turns into a madcap adventure when retired physician Dr. Fred Edison meets a seductive blonde... 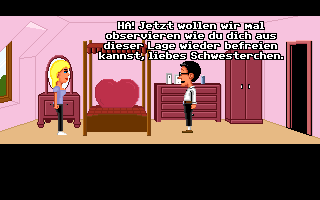 A variation on Maniac Mansion Mania, this game puts Britney's skills to the test when she's locked in a room and is forced to find her way out! 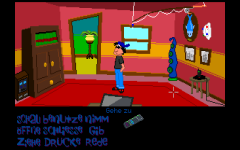 Reuben, the cousin of Hoagie, is the pizza delivery boy in Jeff's Pizzeria and has to go to work. Unfortunately, Candy locked the apartment door when she went shopping. And of course Reuben has no key because he threw him out of the window ..... It seems there is no other way, we have to help him!

Michael only wanted to test his new camera at night. But, on his trip, he discovers something very strange that could lead him to a great story...

Episode 16: Meteor Family - The Return of the Meteor

It could have been a perfect day to go to the beach - but the side trip to Bernard's home ruined Jeff's plans. Bernard is lost, and the slimy purple meteor is back. He has landed in front of the Bernoulli's house and brought his whole family with him. A hard fight begins. 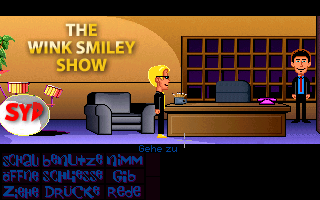 From rags to riches. That thinks Syd about his career on the Wink Smiley's show. Neverthless, something goes wrong at his job as a drummer.

Episode 40: Trapped in the cellar 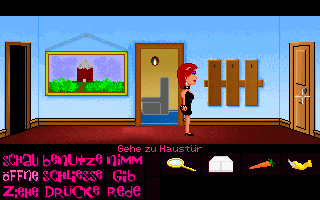 Dave and Sandy had planned with Razor to visit one of her gigs... But Dave, stupidly, lost the tickets at his house and both start to look for them... until they enter at the cellar and suddenly found they're trapped. Now it's Razor who has to find the cellar key to free her two friends. 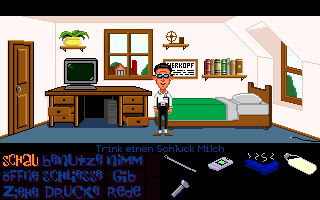 Bernard was locked up into his room and only wants to goooo ooooouuuuuttttt...
DOWNLOAD

Episode 77: A Matter of Some Gravity 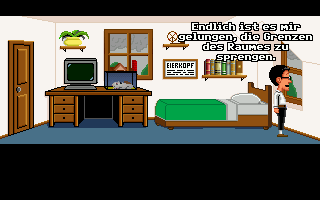 It's the summer holidays in Ronville and it has been raining for weeks. The perfect time for Bernard Bernoulli to work on his newest invention, which is able to abolish all known spatial boundaries. After its completion he wants to proudly present it to his neighbor Hoagie – but is this really a good idea?
Play as the dynamic duo Bernard and Hoagie and bring them both down to earth again – because in the end, it's only a matter of some gravity.
DOWNLOAD 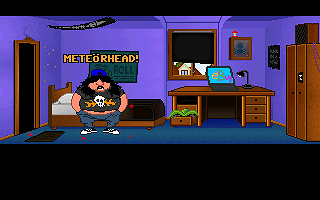 Hoagie gets kidnapped by two mysterious bad guys. Bernard, as the only witness, picks up their trail and starts a rescue mission. To his disposal are his boundless wits, Michael and the incredible rescue car. 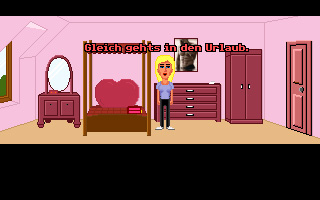 Britney needs recovering of her annoying brother and wants to go on holiday. Therefore she just needs to put a few things in her suitcase. But this will be harder than she thought...

Cedric and the Revolution 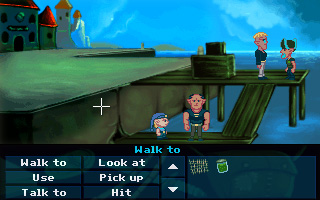 Cedric and the Revolution tells the not so serious story about two elfs who want to organize a demonstration protest; however, later they have to confront completely different problems that will appear. 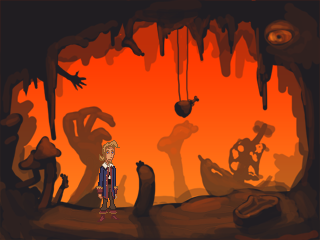 This is a super awesome fan game of a fan video of a licensed game series based on characters created in an original game series from the '90s.

For those who don't know a certain member of the TellTale Games forums named Majus has become somewhat of a celebrity due to his "I Wonder What Happens In..." videos in which he makes comical speculations about upcoming episodes of Tales of Monkey Island. Due to the popularity of these videos and the impending end of this "season" of Tales, people have begun to ask, "When will 'I wonder what happens... 105' be released?" Based on the discussions in that thread there's been a lot of hype over an "I Wonder What Happens..." for Majus' upcoming video.

For those who haven't been playing/following the Tales storyline, spoilers ensue.

In Episode 4: The Trial and Execution of Guybrush Threepwood, Guybrush is put on trial for heinous acts of piracy as well as ultimately for releasing a foul voodoo pox upon the Caribbean. The now reformed LeChuck steps in however and saves the day just before Guybrush is about to be sent to the gallows. But what's this? Just after Guybrush goes to in turn save Elaine from the evil clutches of the Marquis de Singe, LeChuck shows up and kills him!

In Episode 5: The Rise of the Pirate God we understand that Guybrush, having been "executed" by LeChuck is now sent to the land of the undead. How will he escape? How will he get back to the land of the living and save Elaine from who we now know really was evil all along, his arch-nemesis LeChuck? Who is this "Pirate God" that the title of Episode 5 references? What zany antics will Majus and his crew come up with in order to answer these questions? 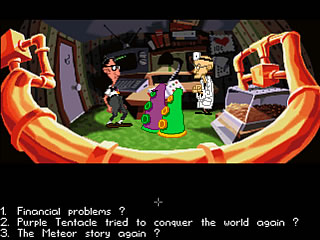 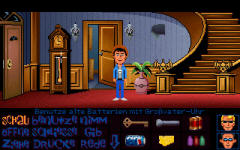 Murder in a wheel 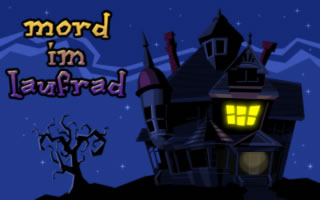 Murder in a wheel is a small AGS graphic adventure made in the style of old LucasArts titles. About the story: Roderick, Lady Blackwin's hamster, has been murdered. It's up to you to find his/her murderer.

It comes with everything needed to work with the program AGS and create your own adventure. Contains SCUMM interface, background from episode 1, animations of the main characters, sound effects and music pieces.

Halloween 05-3 Day of the Dead 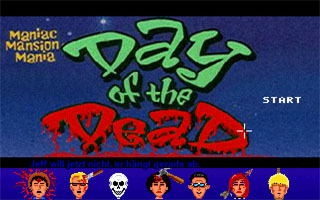